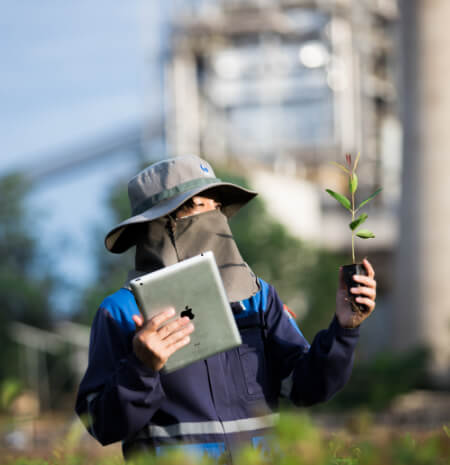 National Power Supply Public Co., Ltd. or NPS, one of the leaders in energy and renewable energy business with more than 30 years of experience. The company has emphasized on adopting alternative fuels such as biomass from agricultural waste, bark and black liquor as the waste from pulp and paper production as well as using anthracite and bituminous, a high-grade coal, mixed with biomass. NPS consumes a variety of fuels to increase the options and decrease the reliance on both gasoline and natural gas in electric power manufacturing.

Besides providing renewable energy for power-stability of the nation, NPS also places importance on both community and environment by using clean technology and modern technology. Its operations carries an environmental management system which built up confidence as well as trust from the local communities.

‘Ton Palang Ngan’: Energy-Tree, The Energy that can be Grown

Believing in our capability of growing our own power, NPS has encouraged the farmers residing in the surrounding areas to maximize their land by planting and cultivating a special seedling , ‘Ton Palang Ngan’ which resulted from our intensive research and development. This will earn additional income for the local community.

‘Ton Palang Ngan’ qualifies as a fast-growing tree which takes only 2-3 years to be harvested. It also possesses special characteristics that give high heat value, making it be suitable fuel for electric power generation.

Moreover, Energy -Tree can be planted throughout the year with environmental benefits as it helps reduce global warming though natural absorption of carbon dioxide. According to a recently conducted independent study,1 Energy -Tree can absorb 60 kg of carbon dioxide equivalent (CO2e) from the atmosphere. With these special characteristics, ‘Ton Palang Ngan’ is truly a desirable source of sustainable energy. 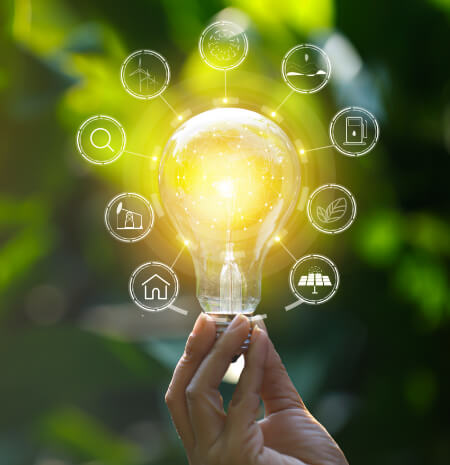 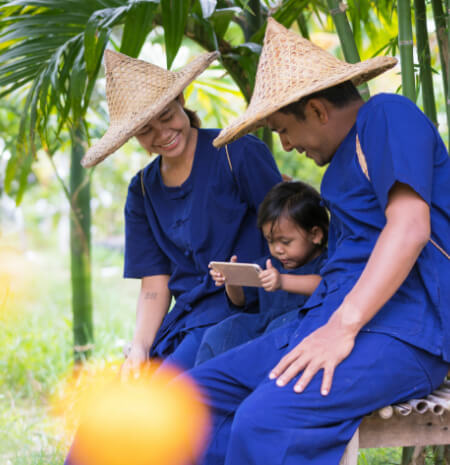 Power for the Community

The electric power generated by NPS is sold to the Electricity Generating Authority of Thailand (EGAT), nearby industrial zone and factories with a portion used to support its internal electricity requirements. Aside from stabilizing the nation’s source of electricity production, NPS also involves in funding the Community Development Fund to create prosperity to local communities surrounding NPS power plant. This project mainly concentrates on creating occupation, educational support and supporting health care to people in the area.

Furthermore, NPS has considered locating the plant strategically away from the shoreline in order to avoid the density of the industrial area. The company power plants are currently located in Sri Maha Phote district, Prachinburi province.

At present, NPS owns 10 power plants with 726.05 megawatts electricity capacity and earns an annual income of approximately 10 billion baht. NPS also distributes steam, a by-product from the electric power generation, to Double A Company to be used in its pulp and paper production. These qualities portray NPS as a strong, profitable, sustainable and socially responsible energy business.

When you visit our website, it may store or retrieve information on your browser, mostly in the form of cookies. This information might be about you, your preferences or your device and is mostly used to make the site work as you expect it to. The information does not usually directly identify you, but it can give you a more personalized web experience. Because we respect your right to privacy, you can choose not to allow some types of cookies. Click on the different category headings to find out more and change our default settings. However, blocking some types of cookies may impact your experience of the site and the services we are able to offer. More Information
Accept All

Always Active
These cookies are necessary for the website to function and cannot be switched off in our systems. They are usually only set in response to actions made by you which amount to a request for services, such as setting your privacy preferences, logging in or filling in forms. You can set your browser to block or alert you about these cookies, but some parts of the site will not then work. These cookies do not store any personally identifiable information.

These cookies allow us to count visits and traffic sources, so we can measure and improve the performance of our site. They help us know which pages are the most and least popular and see how visitors move around the site. All information these cookies collect is aggregated and therefore anonymous. If you do not allow these cookies, we will not know when you have visited our site.
Confirm My Choices